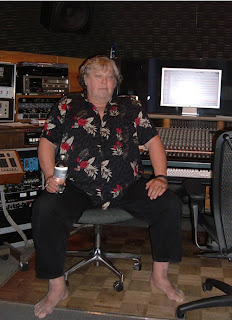 A break down of a typical (for us) studio day ...
By Thursday morning, Rich's amp is downstairs ready to go in the minivan and Flo's bun-tar & Rich's bass are sitting upstairs in their cases.
Noon - Flo is having a smoothie for breakfast while Rich is eating lunch.
12:30 - Rich gives the buns a run around the yard. It's a beautiful sunny afternoon, near 70 degrees, but since it's too early in the season, there's very little shade and the buns spend most of their time looking for the shady spots.
1:30 - put together dinner, snacks, notes etc. for the studio & prepare bunny suppers (for Louise to give them @ 6:00ish) We won't take a break for supper. Rich eats while Flo is recording & Flo eats while Rich is recording.
2:30 - load equipment etc. in the min van. The length of the 2 bass cases are a perfect snug fit between the wheel wells. Wonder if this was a result of intelligent design? synchronicity?
2:45 - leave driveway. Flo has a small pot of soup perched on her lap, while Rich drives
3:00 - arrive @ Ed's. He's just back from driving his route. Grabs a few sandwiches and we head west.
4:10 arrive @ Derek studios ... Greg starts moving wires sets up amps & mics, boots up the Mac and the TagYerit hard drive and we're running the first song of the day by 4:45

Ed: "We're going to do the vocals first."
Flo: "I just want to warn you I'll be peeing a lot".
Greg: "Why's that?"
Flo: "I had a bowl of soup for lunch and a smoothy for breakfast"
Greg: "You've been drinking again"
Ed: "What's first?"
Flo: "Neva Prepared"
Ed sings " Momma neva prepared me for this - Why I have to stop the song to take a piss".

Greg, "Are you ready? We're gonna roll this. Are you scared?"

Greg: So we want to hear you feel the emotion
Ed: Flo you sounded like you were mumbling
Flo: Cause I missed the intro
Ed: And don't you forget it
Flo mimics strumming the guitar to help her find the right spot.

Greg: Okay, let's listen back
He plays back the track but turns a knob so that a chipmunk voice sings over it.

Flo coughs. Ed echoes her cough. Rich & Greg laugh
Flo: What did I miss?
Ed: Oh nothing
Rich: Ed's echoing your coughs. We're laughing at your expense
Ed: It'll cost you 50 cents to find out what we're really laughing at

Greg: Do that part again. It needs something else
Flo: like a 'p'
Greg: You goota pee?
Flo: No, I sang 'In the shi' of my relations' Came out sounding like 'shit' instead of 'ship'.

Greg goes off on a political rant. Then he says, "Enough about these small minded assholes. Never mind, I shouldn't be going on about myself"

Greg: What the F just happened?
Ed: What?
Greg: It stopped recording. Wait, let me see. Flo sing anything.
She does and it works fine this time. Greg turns to Ed, sitting 8 feet away from the board on the man-eating couch, "Eddy, don't touch these knobs."

Greg: That's your cue
Flo: Oh sorry
Greg: Those stories they told about drugs in high school? They were all true

Ed: I don't like the 'into'. Can you sing either 'in'' or 'to'?
Flo: No, I like it
After spending a few minutes discussing the relative merits of good vs. bad meter. Ed begrudgingly concedes, but comment, "I think we should add lots of 'intos' as a chorus it would be into-ative (sic)."

Flo: I think I need to hear that 'yeah'
Retakes the line
Greg: Did you like that 'yeah'?
Flo: Yeah

Flo working on vocals for "Neat Junk", a son about collecting funky stuff.

Greg: You have to give it more. Are you excited about your collection?
Flo: Yeah, but this part comes in quieter
Greg: Still have to have a reason to want to listen

Ed reflecting on the songs, "She should write a Broadway musical. I want to produce it."

Greg: You know what this song needs?
Rich: What?
Greg: What I was hearing is xylophone or marimba
Ed: That's nice. Keep hearing it

Flo singing "scuba gear"
Greg: Sing it again. I want it to make me want to get wet
Ed: Come over here. I'll get you wet

Flo: I need to do the end again
Greg: Are you ready?
Flo Yeah
Greg: Okay, now don't fuck it up

Ed: She has six songs sung. Rich records his bass on "Pirate Bride" & "Sylvie" while Flo gets a chance to rest & eat supper.

Flo: Did you get it alright?
Rich: Yeah, At least that's what they tell me.
Greg: Yeah, that's Rich - he even thinks Obama's all right.

Ed: Oh oh, it's kind of funny there - it's got that LSD kinda mindset
Greg: Not bad for a white boy

During a conversation about the number of projects that Ed has done with Greg, and that TagYerit's first CD was recorded analog on tape.
Flo: It was amazing to watch Greg cut tape. I even saved some of our project that was on the cutting room floor.
Ed: I used to watch him splice tape. He was the master. Greg - he used to do things with tape - I'm telling yah. You know, aside from the sexual things.

Ed: Greg, give her another track. She's got another part and then we can quit if you want Flo
Flo: I'm alright
Ed: You look tired
Flo: No. I'm just trying too hard
Ed: That's an understatement

Ed (about the "Sylvie" lead guitar track): I'm excited. This is some of that old Floey

Greg: Some interesting shit there ... in an alternate universe with string theory. 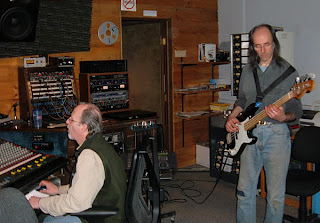 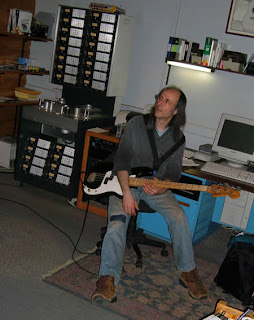 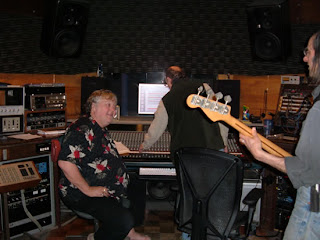 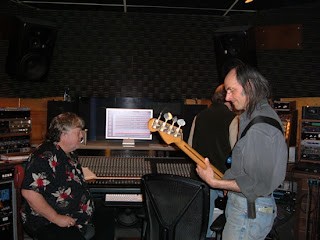 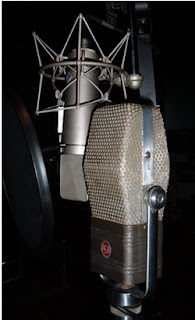 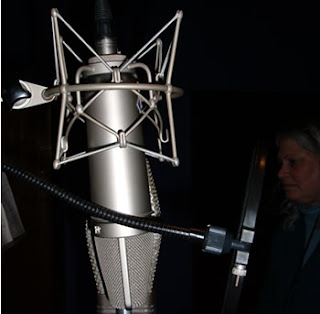 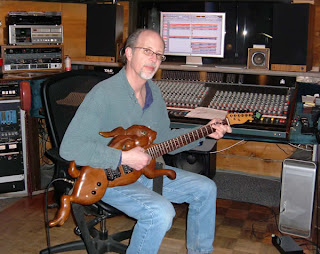 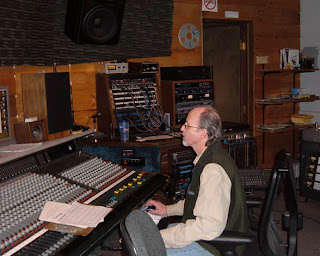 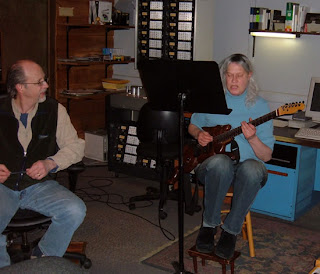 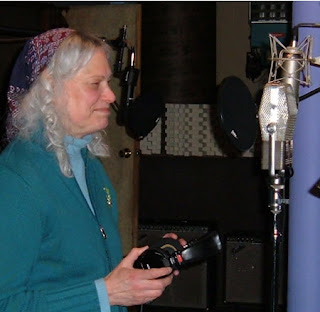 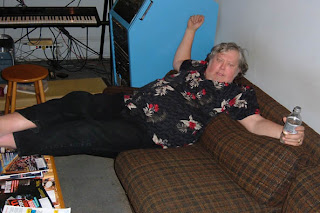 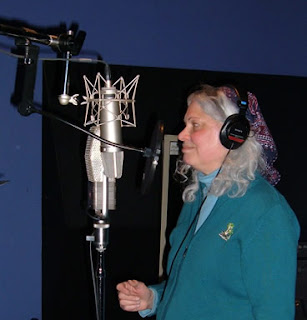