Check out this video on The laziest American made by a friend of ours.

The Impeachment That Never Was 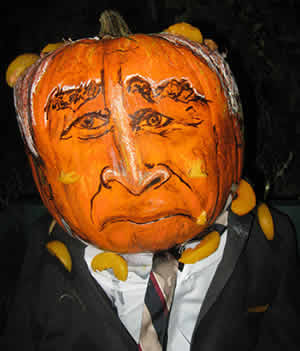 I ‘impeached’ George Bush in my backyard, fueled by the belief that only elbows – and not impeachments – should be kept off the table. The process wasn’t hard. I purchased a can of peach halves (in heavy syrup), picked out a pumpkin at the farmer’s market, painted on a dumb facial expression, bought a gray wool suit from a thrift store, found a red, white and blue polyester tie on the dance floor of a Libertyville chili cook-off, and scored some Mickey Mouse cufflinks on eBay.

I accomplished in two hours tops what our representatives couldn’t do in five years. All 34 vertebrae of a good and sturdy spine aided the creation of the impeached pumpkin. But in the end, it was a little testicular fortitude that accomplished the task, even though I am a woman.

A scary precedent is being set by not impeaching a guy like George Bush. A majority of Americans agreed that Congress should impeach Bush if Americans were wiretapped without the approval of a judge. The 2006 Democratic takeover of the House and Senate meant – according to House Speaker Nancy Pelosi – that people were calling for a "new direction." But the Democrats didn’t keep their pledge for a change of course in Iraq, just as George Bush didn’t make good on his promise that the economy would grow. By 2007, the Democrats preferred the beatitude about inheriting the earth to being called peacemakers, whose only reward is to be deemed children of God. For them, regaining power mattered above all else. 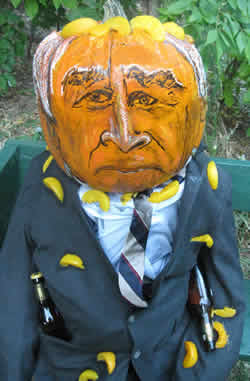 John McCain said in June that he didn’t agree with Dennis Kucinich’s Articles of Impeachment, yet in 1999 he voted for President Clinton’s impeachment because a president must be “held strictly accountable to the rule of the law.” (Behaviors of mavericks often defy logic.) So, manufacturing wars, lying about weapons of mass destruction, authorizing illegal wiretapping, and condoning torture of prisoners doesn’t even warrant a slap on the wrist, neither does killing and wounding more than 34,000 Americans and hundreds of thousands Iraqis. Presidents just can’t do something really heinous, like hang out in boardrooms with bereted interns who make nasty handbags. In 1998, Republicans put politics ahead of country when they impeached Bill Clinton. In 2008, Democrats put politics ahead of country by not impeaching George Bush.

Was there any satisfaction for me in carrying out a symbolic impeaching of my president? Perhaps a little bit, but not much. I would have preferred seeing a chapter in future history books detailing how President Bush endured the House passing articles of impeachment, probing questions by a responsible Congress, subpoenas, and sworn testimonies. Vermont Congressman Peter Welch said history would impeach George Bush. That may be true, but hopefully we’ll also see a few paragraphs about how Congress failed the American people.

Posted by TagYerit at 7:20 PM No comments:

Who will get us to the clean energy finish line? 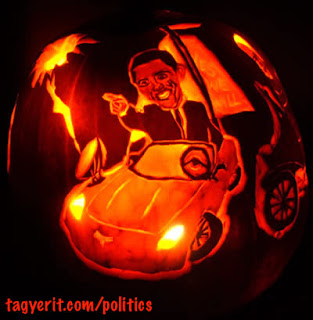 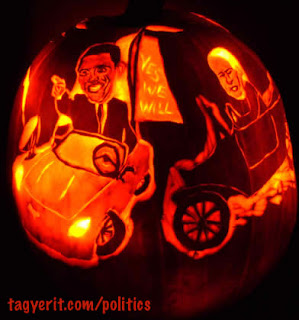 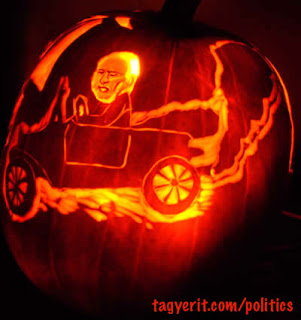 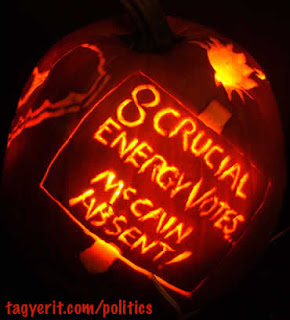 The Clean Machine takes the lead, but the Mean dirty carbon-chugging machine is still too close for comfort.

Even though the economy is in the forefront of everyone's mind right now, ultimately the environment stands to gain or lose the most over the long term. If we can point our economic engine in the direction of clean sustainable energy it will help the economy by directing job growth in new and exciting directions.